The Immune System is a dynamic communication network made up of cells, proteins, tissues and organs, capable of exchanging information about possible threats to the normal functioning of the organism, and of carrying out numerous biochemical processes.

The function of this complex system is to defend the body against a wide variety of infectious elements such as bacteria, viruses, parasites, germs and other invading agents of the body; distinguish between own and foreign; and repair tissue damage caused by wear and aging.

When there is a pathogen in the body, the immune system attacks the invading substances producing what is known as an immune response, but when for some reason this process is altered, we get sick.

Cannabinoids are a group of highly diverse substances that, regardless of origin and structure, couple or bind to cannabinoid receptors in the brain. They are classified into three groups:

The Endocannabinoid System (ECS) is a biological network similar to the central nervous system, whose existence is vital for the proper functioning of the human body. It is made up of neurons, endocannabinoids and cannabinoid receptors and is involved in a wide variety of physiological processes, including the regulation of body systems to maintain homeostasis or a state of balance, necessary to function properly.

In the ECS, two main types of neuronal receptors have been identified, which are located in different parts of the body and are activated by cannabinoids and by no other type of neurotransmitter, since they relate to each other like a lock and key.

There are important links between the Endocannabinoid System and the Immune System, and although many of them remain to be defined, it is known that the ECS regulates a large number of physiological processes, including immune functions and inflammations.

Although new studies and experiments are required to know precisely how cannabinoids act in the human body, it is believed that their effect on the cellular immune response is more immunomodulatory, which means that they could be considered as natural regulators of the immune system, activating or suppressing their processes as required.

CBD and the Immune System

It has not yet been possible to identify the precise effects of CBD on the Immune System. However, because it is not sensitive to oxidation and because it has no psychoactive effect on the human body, researchers hope to obtain positive results that allow it to be used with confidence in the future. 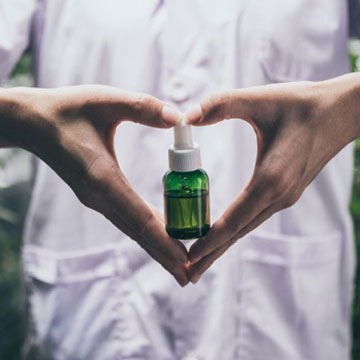 Sign Up for exclusive updates,
new arrivals & out customers-only discounts